Albanian cities and their sights 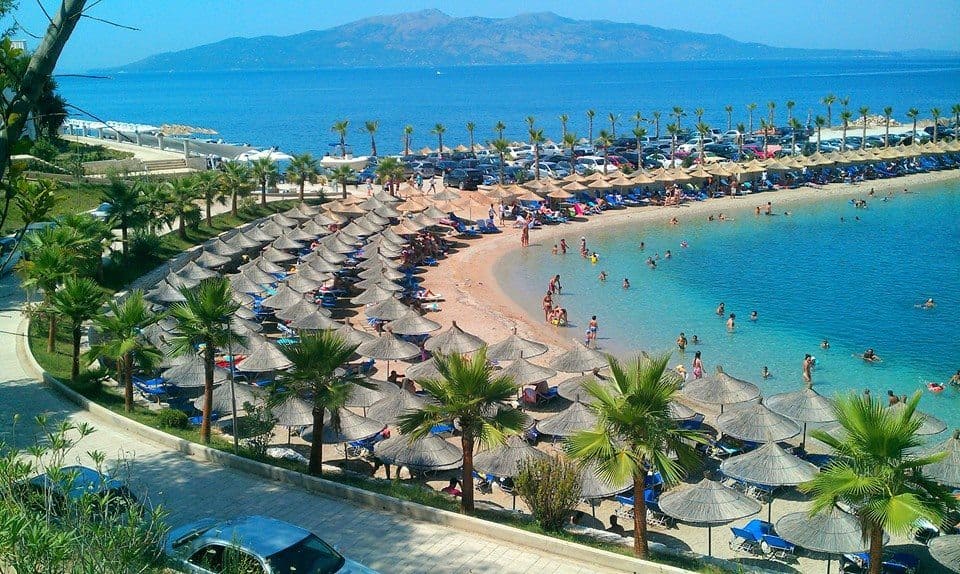 Sights of Albania: what to see first
You should start your trip around the country from its capital.

1. Tirana – the largest city in Albania, its heart. Over the past four hundred years, the capital has turned into a modern city, offering tourists many interesting places to relax, including places of active nightlife. In the city you can dine in a good restaurant, have a great time. Many attractions of the Republic of Albania are concentrated here
2. Durres city
To make it convenient to move, you can see the sights of Albania on the map.
An excellent solution would be a trip to the beautiful city of Durres, which is one of the oldest cities in the country. The largest port of the Adriatic is located here. The amphitheater in Durres, located only three hundred and fifty meters from the sea, was built at the end of the second century. It could accommodate about sixteen to twenty thousand spectators. Gladiator fights were actively held in the arena. This unique architectural monument is worth visiting.Amphitheater in the city of Durres in Albania Another attraction of Durres in Albania is the Durres Castle, founded in the fifth century. The reconstruction was carried out in one thousand two hundred and seventy-three after a powerful earthquake. To date, only walls and arched passages have remained from this structure. The main tower of the building was named Venetian, and now a bar for young people has been made there.
3.Saranda city
Saranda is a delightful city on the Ionian Sea. There is a luxurious promenade, many hotels and inns, constant sunny weather. It is simply impossible to be in Albania and not visit this fabulous place. The sights of Saranda in Albania include not only architectural monuments, but also real natural wonders, for example, the Konispol caves. You can go to the Lekursi fortress, towering over the city. It offers a wonderful view of Sandra and the sea distance. You can have a bite to eat at the luxurious restaurant.

4.Vlora
The attractions in Vlora in Albania are numerous and original. The Karaburun-Sazan National Park is distinguished by a variety of representatives of flora and fauna. Excellent conditions have been created for the underwater inhabitants here, and this contributes to their active reproduction. Here you can not only enjoy nature and beautiful views, but also go diving. Many sunken ships can be seen under water. It is interesting that the reserve itself is accessible only from the sea side.

Historical Museum in Vlore Arianit
In the city, you should definitely visit the Historical Museum, founded in one thousand nine hundred and sixty-second. Various unique objects are presented here, illustrating all sorts of periods, from antiquity to modern times. There is a department in which items related to the city's struggle for independence are located.

5.Korca town
Clock Tower and Mirahor Mosque in Korca Christian1311
The town of Korca, located one hundred and seventy-nine kilometers from Tirana, also offers tourists places to visit. The city is famous for its excellent carpet making. One of the attractions of Korcha in Albania is the Ilyaz Bey Mihroi Mosque. The building was built in one thousand four hundred and sixty-ninth year. The initiator of the construction of the building is the scientist Ilyaz Khoja. The first temple for Muslims called the Mirahor Mosque is also located here. The mosque was created in one thousand four hundred and sixty-sixth year. The interior is of great interest. The walls are decorated with images of two Muslim countries. The building is located near the city bazaar.

6.City of Gjirokastra
Panorama of Gjirokastra town in Malenki Albania
A city on the World Heritage List, located just one hundred and twenty kilometers from Tirana and of great interest to tourists, is Gjirokastra. If you decide to see the sights of Gjirokastra in Albania, then you just have to walk along its streets. The city itself is unique, it seems that you are in the Middle Ages. Narrow stone-paved streets, unique houses - Turkish kule, a beautiful citadel of the fourteenth century.
Ethnographical museum;
Mecate Mosque;
Ruins of Adrianople;
Weapons museum;
Exhibit of the "National Museum of Weapons" in Gjirokastra Marcelloo
Turkish baths.
7.Berat Castle Berat
It is located 123 kilometers from Tirana, it is not for nothing that it is called a city-museum. This is truly a real museum of ancient architecture and history. Berat Castle is one of the most famous places in the city, located in the very center, as it should be - on a hill. The citadel was erected in the XIII century, towers over the entire city and the riverbed. Not only tourists, but also newlyweds are sure to come here. The views from the citadel are stunning, and inside there are several ancient temples and a collection of historical artifacts
8.Shkoder
Rozafa Fortress Rozafa Fortress is located not far from the city of Shkoder, in a picturesque place - on a rocky hill, surrounded by two rivers - Drin and Boyan. Scientists believe that the construction of the fortress began in the 3rd century BC. She survived the capture by the Romans, and the siege by the Ottomans, and the war with the Montenegrins. Thanks to local legend, the Rozafa Fortress has become a place of pilgrimage for young women who ask for a happy motherhood. The newlyweds often come here, attracted by the beautiful views. And tourists are primarily attracted by the antiquity and amazing history of this place, although the fortress itself has not been completely preserved. A museum was established in one of the surviving buildings.
9. Karst spring "Blue Eye"
This spring, located in the south of Albania, got this name for a very simple reason - its waters are truly amazing blue. The Blue Eye spring is now part of the national park and is protected by the state. You can get to the source only on foot, after walking several kilometers. The Blue Eye can scare tourists with its unexplored depth - it seems literally bottomless. We do not recommend swimming - the water here is icy and even in hot summer it does not warm up above 13 degrees.
10.Butrint Archaeological Museum-Reserve
This museum-reserve is located in the southern part of Albania, near the city of Saranda, near the Greek border. Famous for its excavations and a medieval Venetian fortress. Archaeologists managed to unearth the walls of the acropolis, the sanctuary of Asclepius, the theater of the 3rd century BC, the remains of many residential and public buildings, including baths decorated with mosaics, on the territory of Butrint. You can visit the archaeological museum of Butrint on the way to the sea beaches - it is located just two kilometers from the coast.
11.Apollonia - the ancient city, located in present-day Albania, was one of the largest Greek ports on the Adriatic coast in ancient times. It is located at a distance of about 14 km from the town of Fier, on the way to the sea.